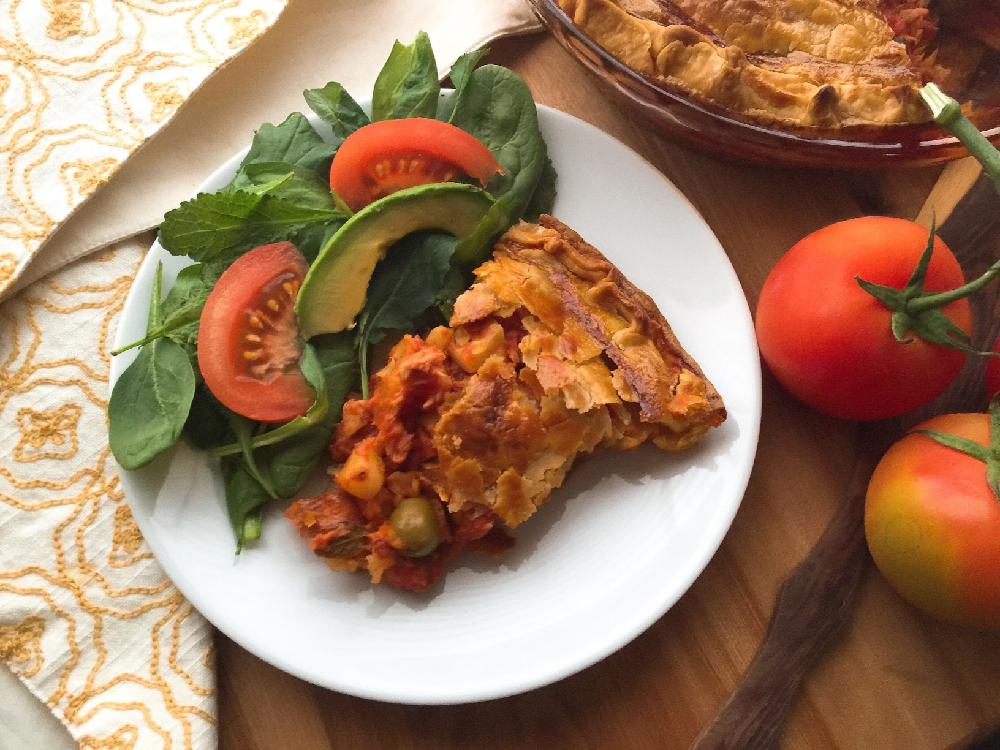 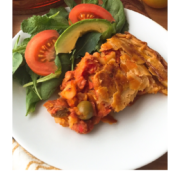 Try the Spanish Tuna Pie, this is a savory option for lent and Pi Day!

In Mexico, most of the families embrace flavors of classic Spaniard cuisine. In my case, my grandpa was from Madrid, so a lot of the meals my grandma would prepare were inspired by the staples of Spanish cuisine.

In this Spanish Tuna Pie recipe, I am using same flavor profile from my grandma’s original bacalao dish but replacing cod with canned tuna for a more accessible and easy option.

Cooking cod or bacalao takes a long time as the classic recipe calls for dry salted cod that requires soaking, pressure cooking, and shredding by hand. While using tuna cuts down on cost and cooking time too.

Get to know the Tuna you buy at the store.

The kind of tuna I am using is wild caught skipjack, a premium tuna that is harvested without impacting the ecosystem avoiding bycatch of other species. For me, this is important and look for brands that follow high-quality standards not only on the product but their fishing practices too.

When buying canned tuna, I recommend to check the labels and learn about the process of how the tuna is caught and harvested. Also pay attention to the ingredients on the can, which should be tuna and not other proteins like soy.

Recently, in Mexico, there was a big scandal about canned soy sold as canned tuna. In the United States, we have higher standards, but it is always a good idea to get informed and read the labels.

⁣I love easy recipes, and this Spanish Tuna Pie is the perfect example. The hardest thing will be waiting for the pie to be ready.

The recipe has simple ingredients such as diced potatoes, capers, piquillo peppers, garlic, pickled peppers, olives, and tomato puree. All seasoned with oregano and Latin spices. Cooked for a few minutes in the stove and then using this tuna dish to make the pie.

The pie crust is commercial, but you can use your recipe if you have a homemade pie crust for savory applications. 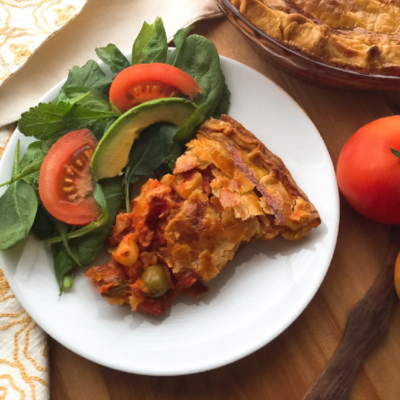 What a unique recipe! I love the idea of a savory pie, and it’s perfect for Lent. This looks delicious!

This looks delicious! My husband would love it! Beautiful photography, as well!

What a fun take on pie. We love Spanish recipes so can’t wait to try!

Loving this tuna pie. I am sure it will be super doable even for me if I can get some store-bought pie crusts. 😉 Will be gathering all the ingredients and make it for a Sunday brunch.

I definitely need to give this recipe a try. Love all ingredients and love how you spiced this pie. So light and delicious!