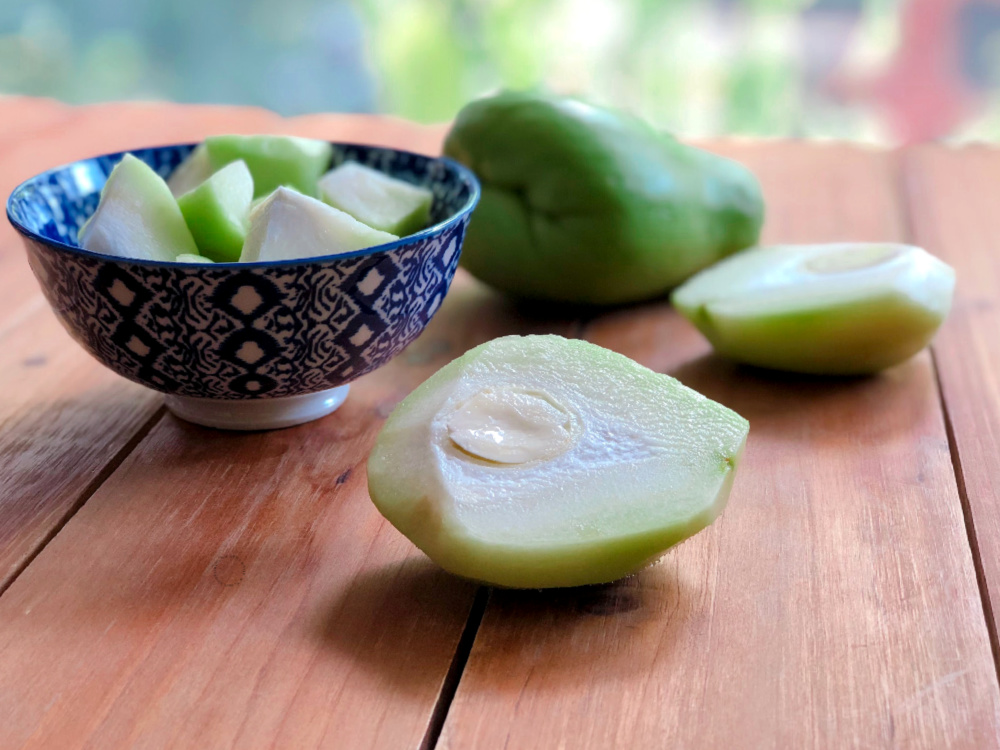 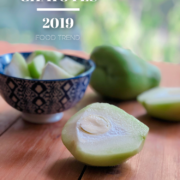 Chayotes are a close relative to cucumbers and zucchini.

Chayotes are a common veggie and a staple in Mexican cuisine. Pinterest predicted chayotes as a food trend for 2019. ⁣⁣We are excited about the news because chayotes are a delicious and sensible addition to chicken soups, stews, and Oaxacan mole .

My mom prepared them in bechamel sauce and smoked ham making it a delightful way to enjoy them as a weekly meal. Gotta love home cooked meals that bring so many memories. ⁣

This veggie or is also known as mirliton squash, chocho, chuchu, sou-sou, vegetable pear, one-seeded cucumber. Same as the zucchini and cucumber, this edible plant belongs to the gourd family Cucurbitaceae.

The chayote was one of the several foods introduced to the Old World during the Colombian Exchange when a widespread transfer of plants, animals, culture, human populations, technology, and ideas between the Americas, West Africa, and the Old World occurred in the 15th and 16th centuries.

The use of chayote in meals is prevalent in Mexican cuisine however here in the United States you can find it in Louisiana where the Crab Stuffed Mirlitons (Chayotes) are served in few restaurants. Indonesian, south Indian and Australian cuisine also include this veggie in some of their meals.

What is the taste of chayote?

In my opinion tastes between a cucumber and a firm zucchini. It is crunchy and watery. It is recommended to avoid overcooking. Mushy chayote is tasteless. Best way to eat it is blanched and crunchy. The skin is edible too.

This 2019 we want to make a variety of chayote recipes to show you its versatility. Eat it raw or steamed, boiled, baked, stuffed, fried, pickled, and marinated.

One of my favorite recipes includes this chayote cream soup paired with cheese and roasted pepitas; it is luscious and so comforting. My mom’s chicken soup includes aside from carrots and corn, a right amount of boiled chayote replacing the need to add starches like potatoes while adding texture and fiber.

Find at the grocery store, are available year-round. The peak season is in the fall and occasionally in the late spring