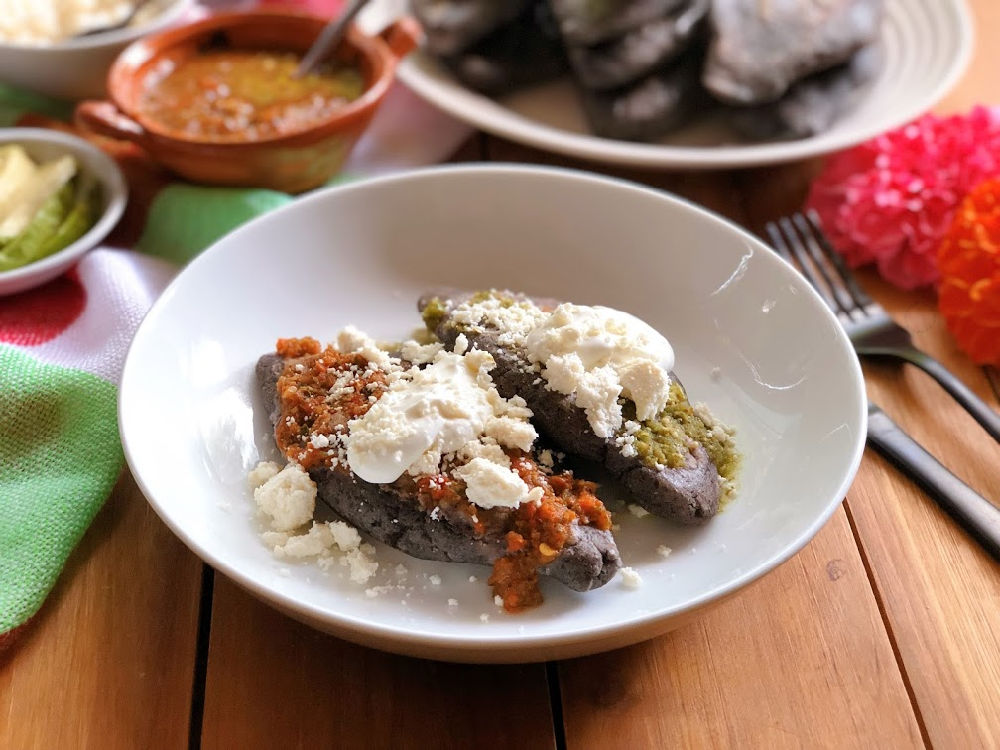 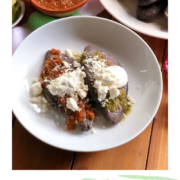 The blue corn tlacoyos or corn cakes are part of the vast culinary culture of Mexico.

Many of the food options that we Mexicans grew up with have origin in the prehispanic cuisine. And a great example of the Aztec culinary legacy is these blue corn tlacoyos. Commonly sold in the farmers market in an area called Tlatelolco. Located a few minutes from downtown Mexico City.

On those days, the tlacoyos, either made with white or blue corn, were stuffed with beans, pork rinds, lima beans, ranchero cheese, or refried beans. Eaten as a light meal, and in modern times, these corn cakes have become a meatless meal enjoyed during Lent or as an appetizer in parties.

These Mexican corn cakes or tlacoyos inspired other dishes, such as sopes, huaraches, and the gorditas. All made with corn masa as the base and topped with green or red salsa, cream, cheese, chicken, carne asada, or shredded pork.

Mexican cuisine and blue corn have a long history.

There are many varieties of corn. Most popular ones are yellow and white, but blue corn is a favorite in many Mexican dishes and ground for masa to make tortillas too.

The corn crop developed in Mexico around seven thousand years ago, there is not a precise timing of when or how crop was discovered. When it first appeared had a form of a grass called “teosinte”. However, it didn’t look like the common corn ears we know today.

This corn grass has small kernels but rapidly became an essential ingredient to many prehispanic dishes, such as tortillas and tamales. As time passed and the corn became more prevalent in the diet, a process called nixtamalization came about.

This process is necessary for making maize masa, and it consists of soaking the corn kernels in alkaline water and then peeled. Making the corn softer and easy to grind.

If you are a fan of Mexican dishes this prehispanic dish you have to learn how to make and enjoy at home. Below a few tips on how to achieve success while making the Mexican corn cakes with blue corn masa. 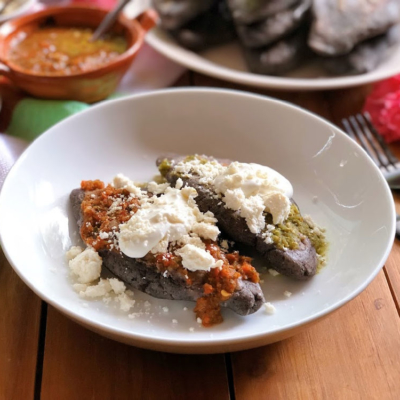 Have you tried this recipe? Snap a photo and tag us on Instagram and or Facebook using the handle @adrianasbestrecipes and this hashtag  #ABRecipes Happy Eats!

omg these Mexican corn cakes look SOOOO DELICIOUS!!! I will try to make this recipe soon, I can’t wait.

It’s almost dinner time here and my mouth is watering. This combination of ingredients and flavors sounds absolutely amazing. And I can’t believe how simple they are to make! Thanks so much for the info.

I have made my own tortillas before, but nothing like this! They seem dense, are they?

What an informative post. I always wondered about the blue corn origin and I’m very appreciative of this knowledge. This recipe looks very easy to follow and I would love to try it but I never saw blue corn flour at my local grocery store.

This is the first time that I’ve heard about blue corn tlacoyos and I must say it looks absolutely delicious! The recipe looks easy to follow – would definitely try this in the future!