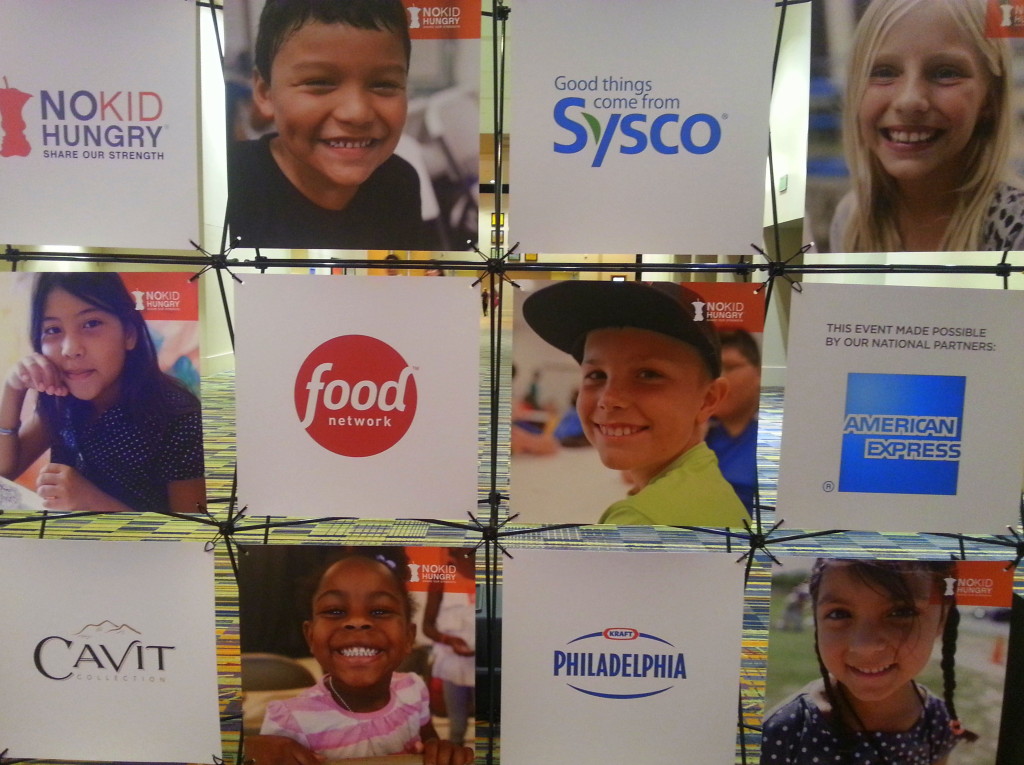 I attended the event Share our Strength’s Taste of the Nation event benefiting No Kid Hungry. All proceeds from the ticket sales support Share Our Strength’s efforts to eradicate childhood hunger in Central Florida by funding two local charities, Coalition for the Homeless of Central Florida and Second Harvest Food Bank of Central Florida. The event was an impressive showcase of food, creativity and caring for our community.

The event was very well organized, the food delicious and all for a great cause. Is is very nice to see how the community, celebrity chefs, restaurant chains and the hotels held hands and put together an event to remember. One of my favorite booths was Marriott World Center, using fresh product and creative bites like the duck hot dog.

Another highlight was the carrousel of treats transporting from cupcakes, bombons filled with either vanilla, strawberry or chocolate cream, macarons, fresh fruit, you name it. S’Mores on a stick, traditional cakes and other surprises you were able to find along all the different booths.

The wine selection was from all over the world, from California to Rioja Spain. You could taste from bold reds, to mild whites. The wine connoisseurs very helpful explaining the wines and offering suggestions for pairings.

Tacos were very popular in the event I tried them all but my absolute favorite was 4 Rivers BBQ Carnitas Taco topped with red onions, cilantro, lime cilantro crema, avocado and habanero salsa.

Creativity and attention to detail were a staple at Taste of the Nation they had a live portrait with a pizza maker, live fish and beautiful fruit carvings. I was very honored to be able to participate and help the efforts to end childhood hunger in our community. If you are interested in contributing join the conversation at  tasteofthenation.org/Orlando or on Facebook at  www.facebook.com/OrlandoTaste.

What a wonderful event! I try to attend No Kid Hungry events and any food bank and awareness events that I can. Thanks Adriana for spreading the word!