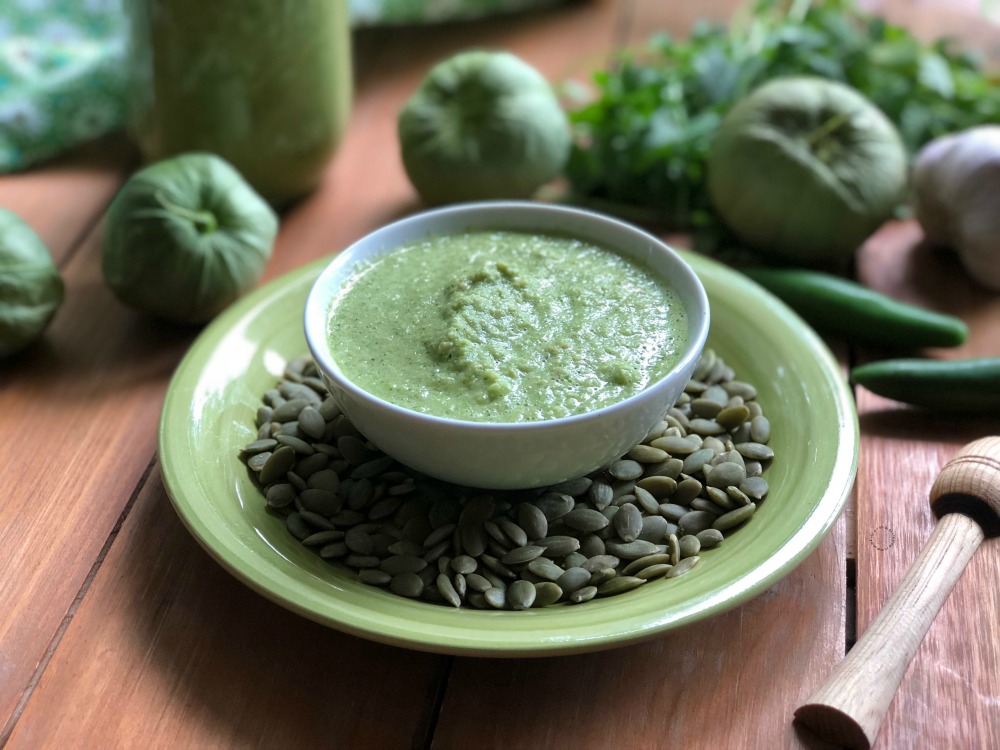 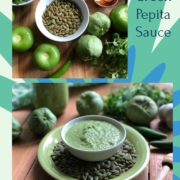 The green pepita sauce is used to garnish green pozole, but it is also the base for pepian, emperor Moctezuma’s favorite dish prior the conquest of the Spaniards. This recipe has toasted pumpkin seeds, tomatillos, garlic, serrano peppers, and cilantro. The secret to obtaining the authentic flavors is to toast the ingredients before blending.

How to use pumpkin seeds in Mexican cuisine

Many of the traditional Mexican recipes have their origin in Prehispanic roots. In Yucatan, pips are used for papatzules and to make a hot sauce called H’a Sikil P’ak, made of smoked habaneros, grilled pepitas, sour orange juice, and roasted tomatoes.

The green pepita sauce is a typical side dish that originated in the state of Guerrero, where the green pork pozole was born. Each region in Mexico has its customs and flavors, making Mexican cuisine so varied and exquisite. This sauce can be used to flavor not only the pozole, but it goes very well with quesadillas, tacos, carne asada, and others. Use it in saucy dishes like this turkey pepian dinner. A fantastic option for Thanksgiving or any other special occasion.

Prepare the green pepita sauce it is effortless and delicious! 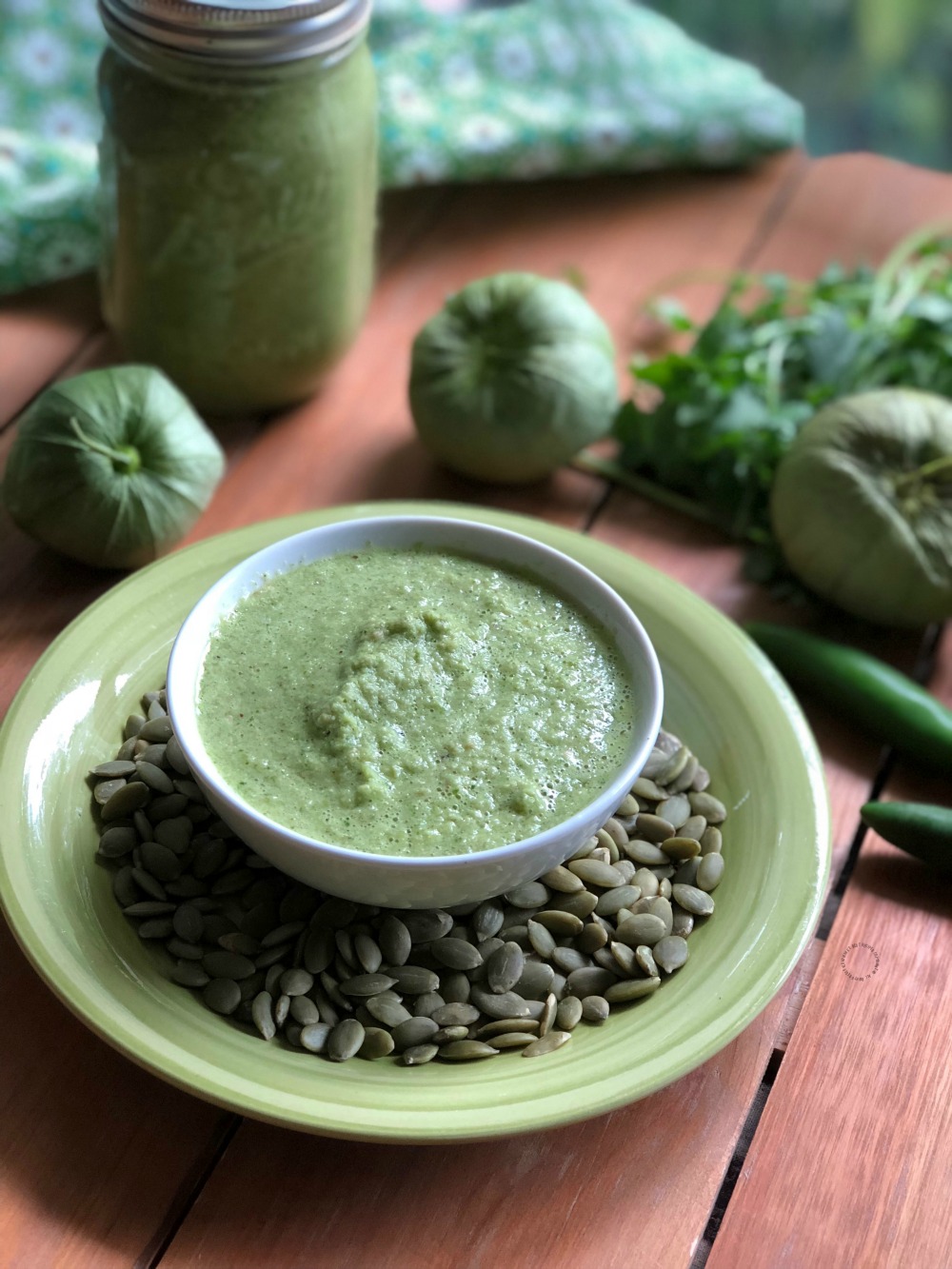 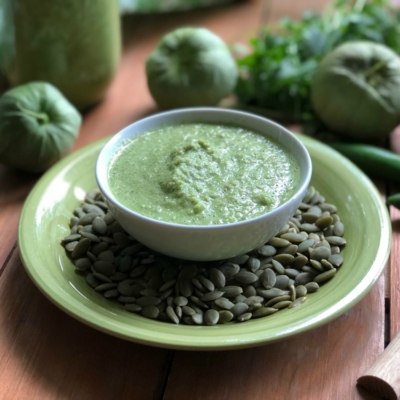 I made this to go with a prime NY strip and it was superb! Everybody was raving over it. I forgot cumin but everyone said no big deal. Great, easy recipe.

It is quite rare to see a good quality green pepita sauce these days. At least I haven’t happened to stumble upon many. So this is a rare find for me and I salute to the result!

What a unique way to use pepitas! I love them and tomatillos so this sounds super delicious!

oooh – I’m definitely going to try this one! I’ve pinned it my To Try list – maybe this Christmas!

I fell in love with tomatillos a few years ago when I was first introduced to it by my friend. Since then, I’ve always enjoyed the different ways to use them in sauces. This green pepita sauce just made it to my list. I am pinning this to try it. I was actually thinking with plantains too.